During this first WP GrapheneTech has begun with the development of the activities and tasks according to the initial project planning. Special efforts related to the scale of graphene have been made to increase production to levels that can provide graphene in quantity/quality and price, evaluating various process parameters as well as an experimental device designed production implemented by the company.

Thus, we analyzed the properties of graphene obtaining specific areas up to 600m 2 /g. The characterization of graphene has been partially carried out by ITENE. We have also advanced in the study of graphene dispersions for further integration into the ink formulation, for which we have the support of our partner Chimigraf. Different graphene dispersions in different solvents obtained by two methods have been evaluated, observing the stability of the dispersions from hours to several days of testing.
To evaluate the applications of graphene in the field of inks, during this first milestone of the project, we have selected two formulations, which will be characterized, evaluated and optimized for functionalization.

Finally, during this one-year project, we have started the study of the graphene Eco toxicity, which has begun with the literature review and the evaluation of the effect on two species. This activity is being carried out in collaboration with ITENE as the research organization.

During this second annuity GrapheneTech has continued with the development of the activities and tasks according to the initial project planning.

Following with the works started during the first year, advancements have been made in the process of scaling production of graphene to achieve the established increment in the requirements of the project with very positive results, because the different developments carried out have helped to achieve the target earlier than planned, leading to a production of 10kg/day maintaining other requirements in terms of price and product quality. Nowadays, we are going to continue until 25Kg/day. 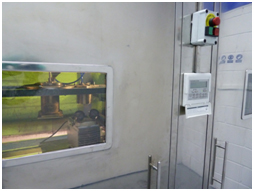 The milling process to follow has been finally determined, also have we continued with the analysis of grapheme obtained through the new production process developed. The characterization of graphene during this periodhas been carried out by two technology centres. The study of graphene dispersions by modifications without alteration of its electron densityhas also gone forward.

Finally to go on with the development of the project, we have kept on the study of the Eco toxicity of graphene, where the literature review and evaluation of the effect on different species and sewage sludge is almost complete.

Below is the status of each of the activities planned during this third milestone. 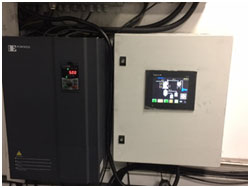 We have sought to obtain Graphene with better dispersion to be used in inks.

A strict characterization protocol has been carried out.

Enhanced Graphene has been obtained so as to be applied in inks. After thecharacterization, we have observed an increase in electrical conductivity properties.

All the compounds have been classified on every organism basis.

From these studies we detected that Graphene is very toxic for Vibrio fischeri (bacteria), However it is bactericidal, not toxic for the environment and not genotoxic.

From these studies, it is clear that the greatest risk during the process of obtaining Graphene is located in the synthesis; consequently preventive measures must be taken to allow a safer production.

On the other hand, different organizational, collective and individual risk prevention measures have also been analysed.